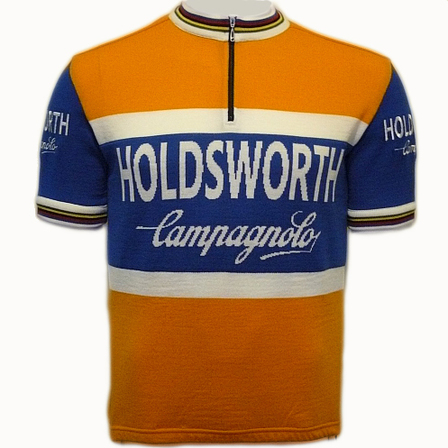 The first Holdsworth bikes were made in the 1920s by Jack Capeling, a mechanic in the South-West London Ashlone Cycle Works owned by Sandy Holdsworth.  In 1968, the Holdsworth Campagnolo professional team was formed and in 1970 became the number 1 UK professional team whilst riding Holdsworth Professional framesets.  The Holdsworth team would go on to race the world’s biggest races, and in the 1970’s the team were dominant on the UK domestic scene and a force to be reckoned with.